Home / Blog / “We know why they leave, but we don’t know why they stay”: What MFIs have learned about engaging employees, part 2
12 Nov.

In September of this year, e-MFP published the results of a survey that mapped Human Resource Development (HRD) Practices in the Microfinance Sector and highlighted opportunities for acting on those results. This is the second part of the third blog in a series of thematic case studies which explore the actions that some survey participants have taken to address each area. The profiled institutions were selected based on the quality of their HR practices and their willingness to share experiences. We are extremely grateful for their time and effort to contribute to this important research. 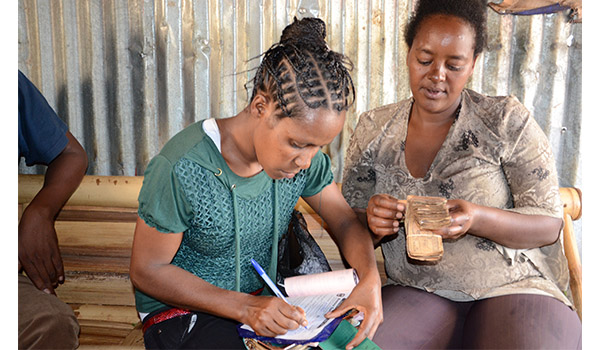 The case study MFIs are using a variety of methods to better understand and influence employee engagement. Among these are climate and satisfaction surveys, focus groups, polls, complaint and suggestion systems, Q&A sessions with the CEO, informal conversations, and personal observation. What follows are their reflections on what works and why.

Get feedback, and get it often

The mechanisms used to gather the feedback don’t seem to matter as much as the flow of communication itself. Most case study institutions are taking advantage of digital solutions to gather information often, at a low cost, and anonymously when that’s desirable. However, Buusaa Gonofaa is among those MFIs that are still in the process of digitizing, so it uses face-to-face methods and has come to the same conclusion.

How frequent is frequent? FINCA Guatemala conducts a climate survey every six months, but it holds focus group discussions, and administers mini-surveys using Microsoft Teams, Survey Monkey or Google Forms more frequently. Sometimes it directs the mini-surveys to a limited group of people to probe a specific issue and sometimes to all employees, depending on where it identifies a problem or in which area it wants to grow. Mr. Sanchez explains, “We need a lot of surveys because the situation is always changing. HRD should be a moving part, not something static.”

Teshome Dayesso, General Manager at Buusaa Gonofaa, holds ten-minute meetings with his management team on Mondays to discuss what they want to achieve for the week, and then another meeting on Fridays to reflect on what worked and what didn’t. He’s also experimenting with monthly one-on-one meetings with each team member to exchange more structured feedback against targets. If those meetings are effective at facilitating greater ownership and accountability, he plans to encourage his team to adopt a similar approach with the people they supervise.

The feedback mechanism that works best for ASKI runs continuously via SMS. “It’s a way of listening,” says Joy Santos Vice President of Operations. “Employees, partners and clients can send recognition to a branch, complain, or just make a comment at any time through ‘Komento Mo I Text’ (send your comments thru text). The feedback mechanism is helping ASKI to continuously review, revise and adopt new initiatives that will really put our clients in the forefront of our services.”

Case study MFIs all ask for feedback when a new HR program or tool is introduced. Typically, this is a one-time invitation, but FINCA Guatemala is asking for feedback every month on its transformational leadership program and is using the input to improve the program as it progresses. 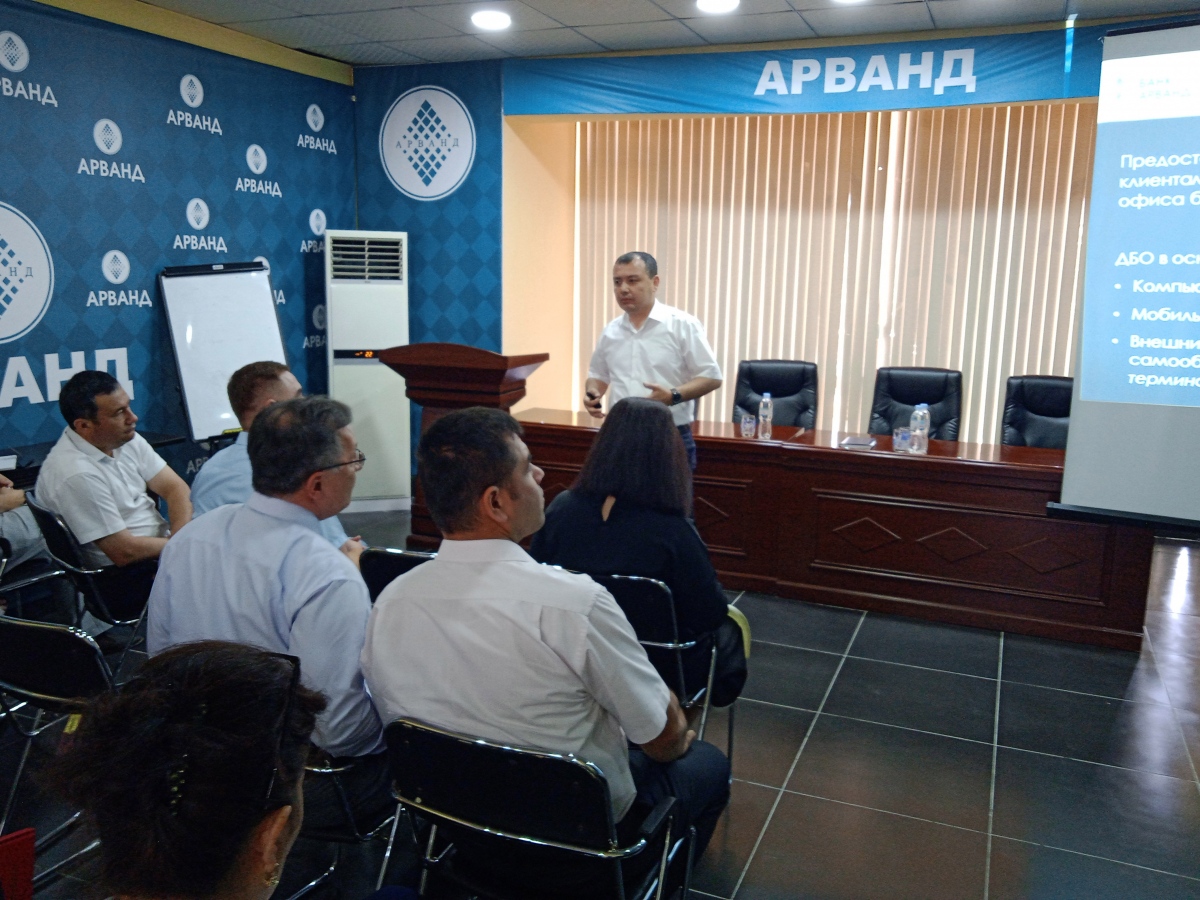 Do something with the feedback you get

Frequent requests for feedback won’t be well-received by employees if they don’t believe anyone is listening to what they have to say. They may not respond at all, or if they respond, they’ll resent the time spent on it and put the least amount of effort into their reply as possible.

The reverse is also true. When employees see actions being taken as a result of their feedback, it encourages them to participate more. It demonstrates that the organization is listening and values what they have to say. “I think that if we, as employees, feel that our ideas are being taken into account, that we feel of value for the company,” says Mr. Sanchez from FINCA Guatemala. “We are going to stay.”

An easy way for MFIs to show that they’re listening is to share the results of surveys and polls conducted. Three out of the four case study MFIs that conduct employee satisfaction surveys share the results with every employee. All four systematically respond to the survey results and track the resolution of employee grievances.

At VisionFund International (VFI), managers prepare action plans in response to their annual employee satisfaction survey and those action plans are followed closely each quarter by the Senior Leadership Team and the Board. Even Audit uses the results and analysis to identify risks and follow-up on corrective actions. “As people see action,” says Solymar Torres, VFI’s People and Culture Manager for Latin America and the Caribbean, “they are increasingly growing more confident and use the survey as a way to provide feedback for improvement.”

The way you ask the question matters

If you’re asking for feedback and your question is unclear, or you ask it in a way that leads employees to answer in a particular way, the results will be misleading. Case study MFIs have found it useful to get expert advice when designing an engagement or climate survey that they intend to use on an ongoing basis. However, institutions almost always design ad hoc and mini-surveys locally, since these tend to respond to specific, time-sensitive challenges or opportunities and the questions are only used once. MFIs that use these tools often may find it helpful to train the people who design the surveys in simple techniques for effective questioning.

Three out of seven case study MFIs segment their employees and define HR strategies for each employee segment. This increases the likelihood that their HRD investments will be relevant and attractive to each segment and result in greater engagement.

To better understand the needs of its employees, Bank Arvand is among those institutions that segment its engagement survey results. It analyzes the data by branch (to help branch managers understand what is working well and what needs to be improved within their span of control), length of service (to see whether employees’ commitment and motivation is increasing or decreasing with time), and by position (managers versus others). This year, it is planning to analyze the results by gender as well to see if there are any signs of discrimination. 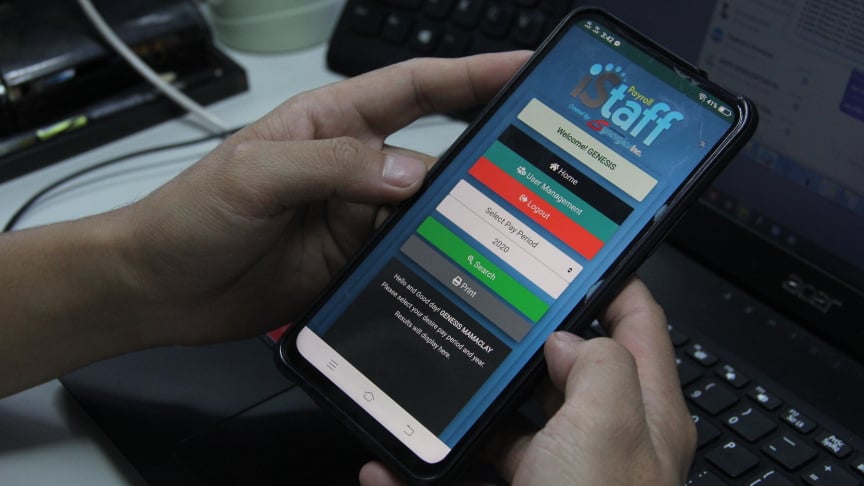 Digitalization is affecting engagement in many ways. It’s making it easier to communicate across distance and enables teams to function even during a crisis like the COVID-19 pandemic, but there’s less in-person interaction, fewer spontaneous meetings, and hardly any large and energetic gatherings. Ms. Kvakhadze from Crystal noted, “Most MFIs are now facing a really big problem of corporate culture because without the face-to-face collaboration, communication and involvement, employees are not feeling attached, and when they don’t feel attached, it’s easier for them to leave.” She claims that many of those leaving the sector are going to the technological sector which has grown and became more attractive during the pandemic.

Case study MFIs are reacting in varied ways. Crystal and MDB are choosing to recruit new employees with a different profile who are attracted by the work in its new context. Executives at Buusaa Gonofaa and FINCA Guatemala are convinced that finding ways to facilitate in-person interaction is more important now than ever. According to Mr. Sanchez, field visits are “still the only way to know what’s really happening on the ground.” Mr. Dayesso credits a two-day in-person workshop held earlier this year with branch managers taking ownership of their current situation, something he says could never have happened online.

Bank Arvand is excited about the potential of its new learning management system (LMS) to optimize employee development. Employees will be able to see different career paths more clearly and monitor their progress towards goals more easily. Learning will be more self-driven and personalized. Employees will be able to learn when they want, access as few or as many resources as they want, and practise difficult material repeatedly until they feel comfortable with it. The HR team will be able to track who is learning what, identify areas where people are having trouble, and design new content with gamification, which it believes will be more engaging.

All but one of the MFIs are investing in employees’ capacity to use digital collaboration tools, hoping that the relationships built through virtual collaboration will bind employees to each other and to the organization just as in-person tools used to do.

Clearly, digital tools are making it possible to share a lot more information and train a lot more people than before, but that doesn’t mean the information and training are bringing value. People are increasingly overwhelmed with information, and they easily lose attention in a virtual training. When they watch a recording rather than participate in an event, they engage less, which usually means they learn less. According to Mr. Sanchez, it’s requiring HRD professionals to be more creative than ever.

The “boss factor” is what a 2020 McKinsey study referred to as impact that supervisor-employee relationships have on employee engagement. “Relationships with management are the top factor in employees’ job satisfaction, which in turn is the second most important determinant of employees’ overall well-being.”

None of the case study MFIs referred to that study, but several came to the same conclusion of their own accord. At VisionFund Guatemala, exit interviews and an annual climate survey highlighted the issue. “We saw that many people left the organization because they did not receive support, or they did not feel developed, or they did not feel inspired,” says Nancy Camey, People and Culture Manager. “Statistics tell us that people leave organizations because of their leader, so we want our leaders to be transformational leaders.”

Three case study institutions are investing in new leadership development programs that strengthen the skills and motivation of managers to support the growth of the people they supervise. The programs range from three weeks to nine months. Crystal and VisionFund Guatemala started with one-on-one coaching for the most senior leadership and plan to cascade down to all levels of management. FINCA Guatemala developed one program for branch managers and one for others. Three of the other MFIs interviewed already have some kind of management development program in place.

Employees can grow every day, even within the same position, if they’re supported to make their own decisions, take ownership of those decisions, and learn from those decisions. The fourth blog in this series will explore how MFIs are trying to develop managers who can encourage this kind of HRD.

Cheryl Frankiewicz has more than 20 years of experience building human and organisational capacity for greater financial inclusion, being specialised in diagnostic and design services, training and workshop facilitation, training-of-trainers, and coaching. She holds a master’s degree on Economic and Political Development from the University of Columbia - School of International and Public Affairs, US, and an MBA (Finance) from the University of Ottawa, Canada.

Cheryl has been working with the e-MFP Human Resources Action Group (AG) since 2018. She was involved in the design and implementation of the worldwide HR survey among financial services providers conducted by the AG, as well as in the analysis of survey data and preparation of the report “Human Resource Development practices in the microfinance sector”. She is also the lead consultant in the preparation of thematic case studies based on the report recommendations.