In the ten years since it was first held, the European Microfinance Award has become one of the most prestigious accolades for MFIs, each year inviting applications from institutions innovating in a particular and challenging aspect of microfinance that deserves greater exposure. In 2015, the focus was on Microfinance in Post-disaster, Post-conflict Areas and Fragile States - to highlight MFIs that operate in these difficult environments providing financial and non-financial services aimed to increase the resilience of the affected, vulnerable population.

Three oustanding insitutions: Crédit Rural de Guinée from Guinea, The First Microfinance Institution - Syria and Taytay Sa Kauswagan, Inc. from the Philippines, were  selected after a months-long process from an impressive list of ten semi-finalists, which in turn were selected from the original 47 candidates from 28 countries – a record for the European Microfinance Award.

On 19th November in a ceremony held at the European Investment Bank, Crédit Rural de Guinée (CRG) was announced  winner of the European Microfinance Award 2015 for its innovative response to the Ebola outbreak in Guinea. The 100,000 euro prize was presented by Her Royal Highness the Grand Duchess of Luxembourg. 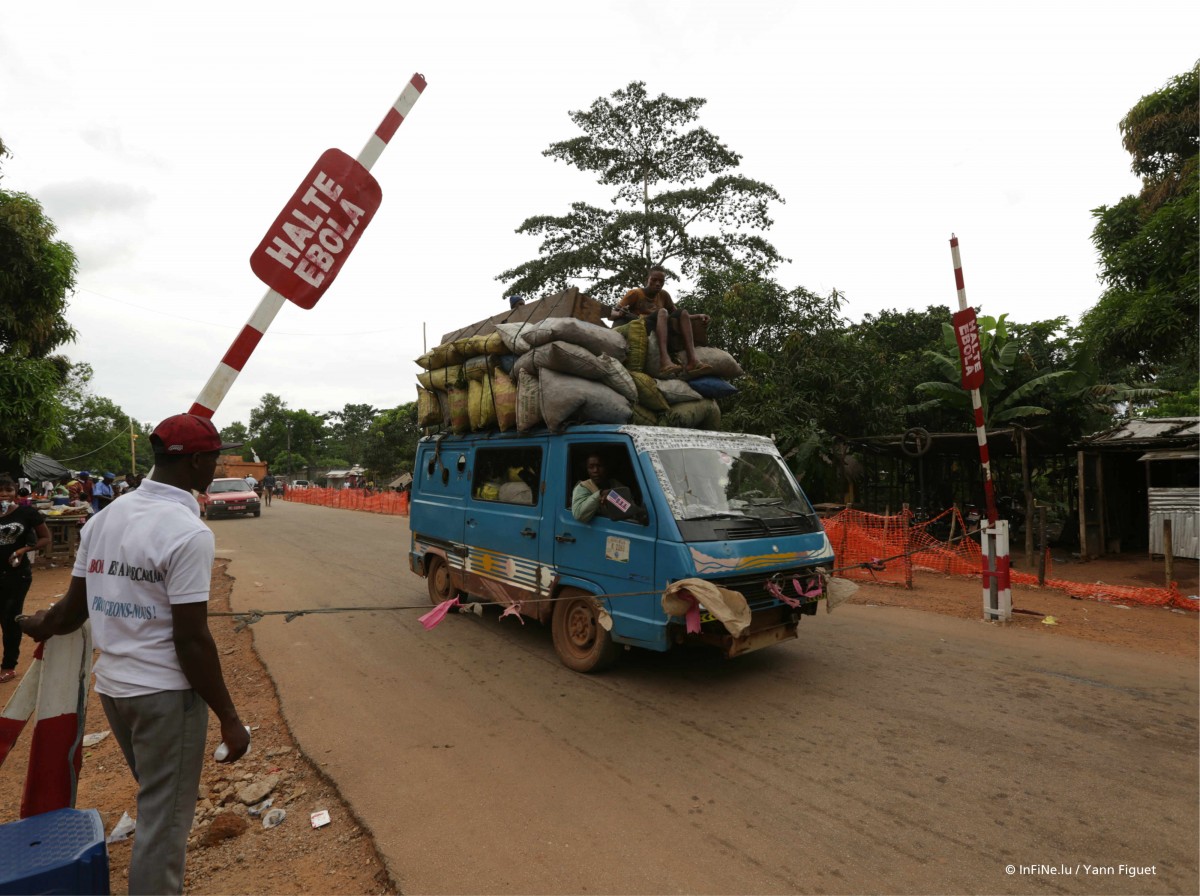 Crédit Rural de Guinée (CRG) was hit by the Ebola virus outbreak beginning in early 2014. Guinea had seen 3,596 Ebola cases and 2,390 deaths (66.5% of cases) including 130 health workers, from the beginning of the outbreak to May 2015. At the national level, agriculture was the most severely affected by this crisis.

Unlike many others, CRG continued to operate, while taking special measures to prevent infection and protect both clients and staff. This included contacting clients and processing payments by phone, rescheduling loans for affected entrepreneurs (including cancelling debt in cases of death), continuing disbursement of new loans, and providing clients with the means to withdraw their savings. CRG also provided grants to the families of staff who were victims of Ebola.

In addition, CRG launched a national awareness campaign to inform clients and the general population of measures to prevent the transmission of the virus. In total, between August 2014 and December 2014, over 4,000 people participated in the awareness-raising sessions, with the expectation that they in turn would disseminate the information. All head office and network branches were equipped with sanitary kits (chlorinated water and soap for hand washing and forehead thermometers). Finally, with support from the World Food Programme, CRG is currently distributing compensation to over 1000 Ebola survivors who continue to be stigmatised by their communities, as well as to 55,000 affected families. 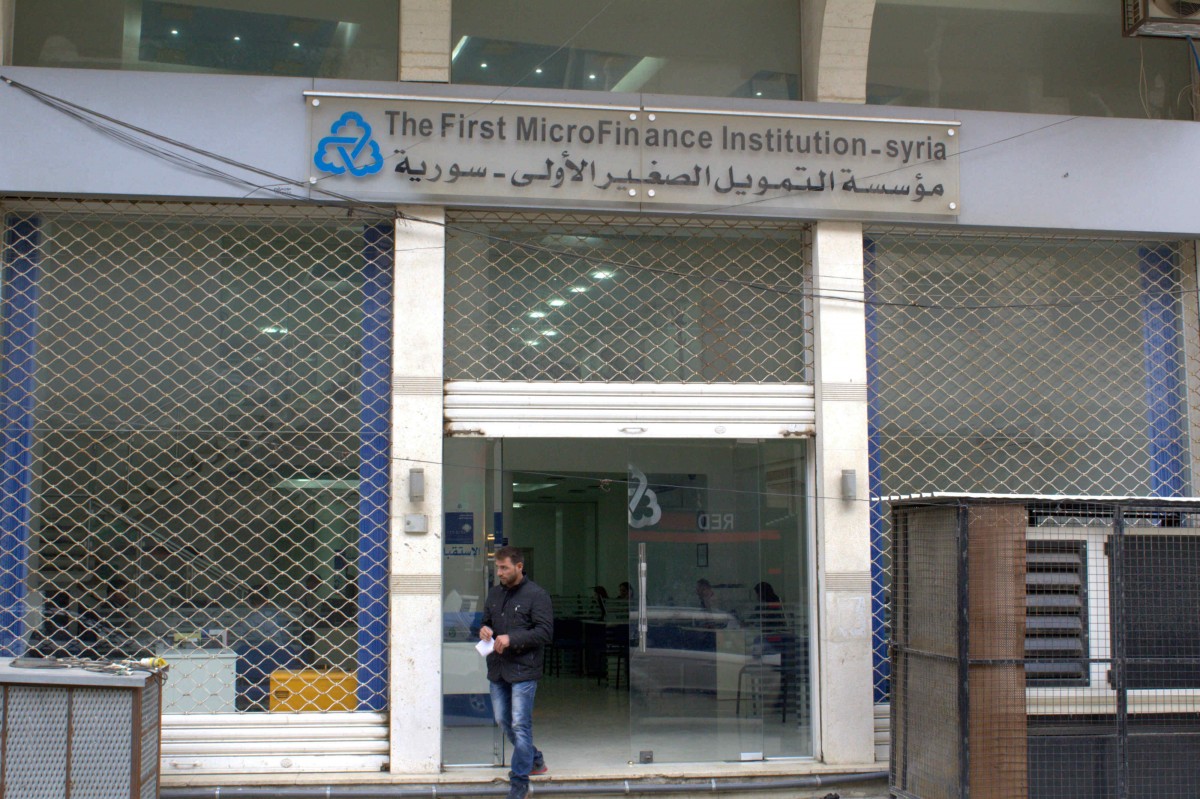 The First Microfinance Institution – Syria (FMFI-S) has been operating in the country since 2003, including throughout the civil war that has ravaged the country and its people for the past four years. When its branch in Homs was destroyed, FMFI-S responded by opening two service units nearby to continue to provide clients with access to their savings and maintain loan repayments. It implemented a call centre to enable regular monitoring of its clients, including those whose homes or business were destroyed, who had lost family members, or were injured or killed. Relying on adjusted procedures that devolved power to branch managers, FMFI-S responded by rescheduling loans and providing grace periods of up to twelve months, modifying lending limits in response to inflation, and lending to new customers who had adapted their enterprises to the conflict. In the context of changing client needs, FMFI-S has continued to develop new products, including loans for solar panels, rent advances and others.

And as Typhoon Haiyan headed towards the Philippines in November 2013, Taytay Sa Kauswagan, Inc. (TSKI) was still dealing with the aftermath of an earthquake that had affected 15 of its 98 branches. By the time the typhoon passed, another 46 branches had been hit. It was the most powerful storm ever to make recorded landfall, taking more than 6,300 lives and affecting approximately 16 million people. In the aftermath of the storm, the livelihoods of an estimated 5.9 million people were destroyed or disrupted. 4.1 million people were displaced, and 1.1 million houses damaged or destroyed. 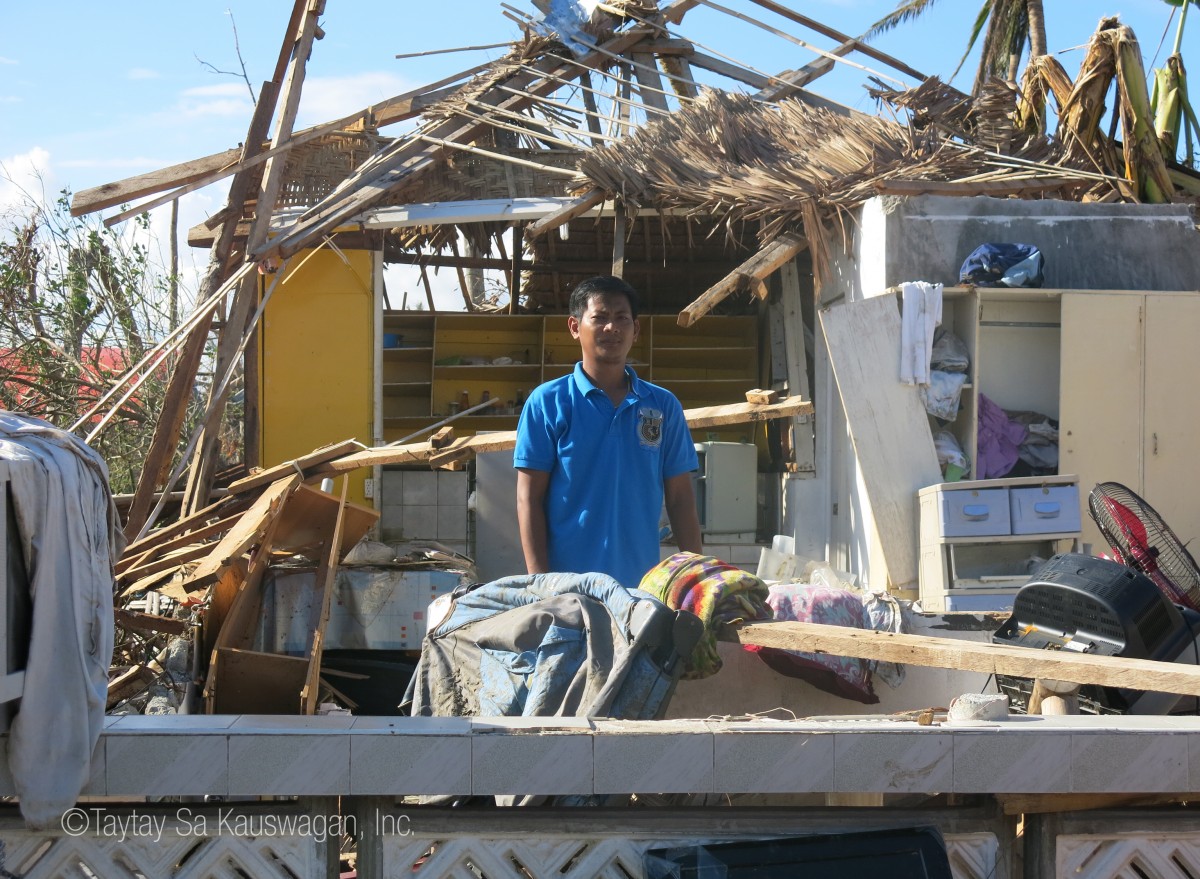 Despite this, TSKI advised all staff to go into the field to check on clients, while carrying aid in the form of food, goods and other relief products. It organised fresh water distribution, and worked in coordination with nurses and other volunteers. It ordered a temporary repayment moratorium for over 37,000 clients, and disbursed over 13,000 emergency loans. To spearhead home reconstruction, TSKI provided housing materials and credit, as well as flexi- and regular loans. Disaster assistance and specific disaster loans were also extended to 351 affected staff. Within two months, these various responses allowed thousands of clients to largely recover from the devastation to lives and property.

These three exceptional finalists have demonstrated adapting to challenges in these environments, and not only insuring institutional survival, but never losing sight of the MFIs ultimate raison d'etre: helping clients meet their financial needs. They have, in different ways, led by example in showing resilience, flexibility, willingness to change, and putting clients first. In risk management, staffing, reputation and funding, they have adapted provision of financial services to clients' needs and provided non-financial social and relief support to their communities.