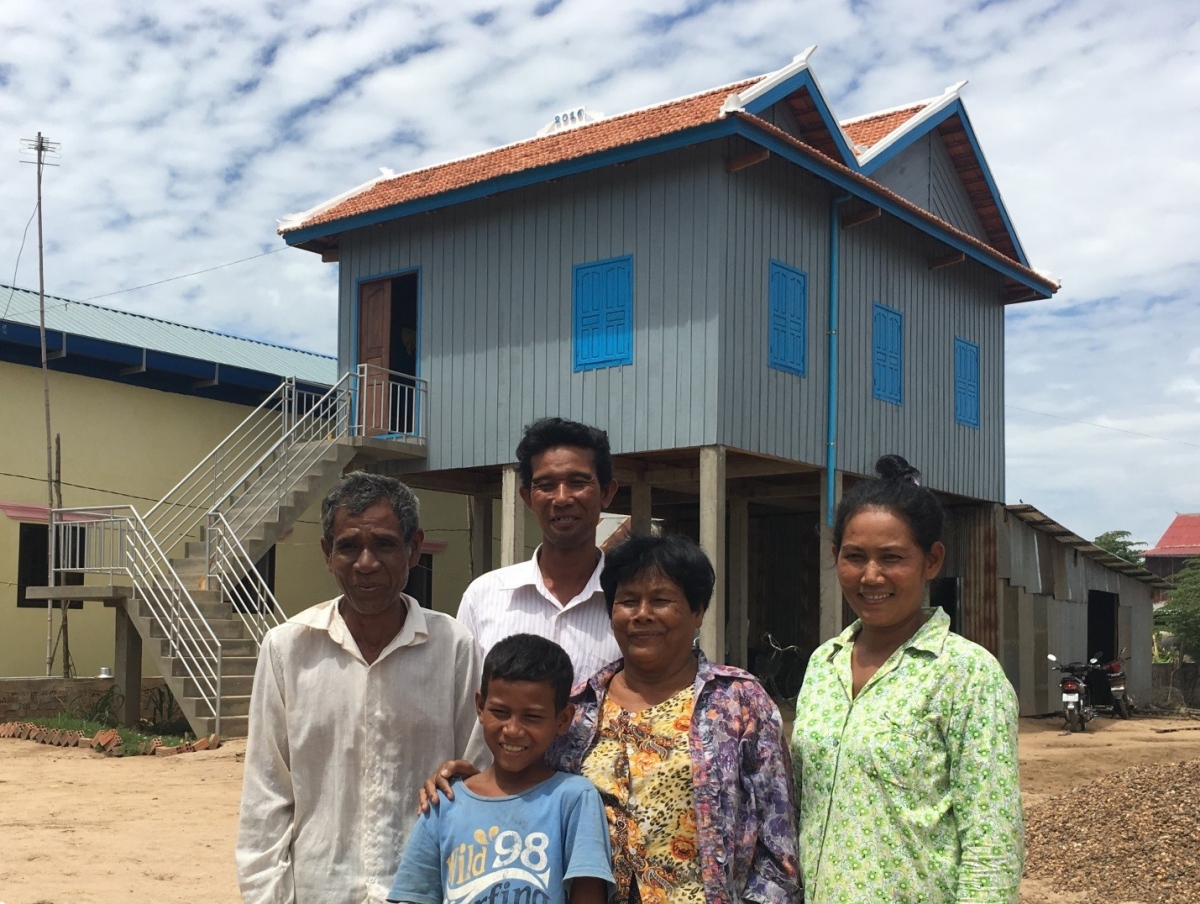 A few weeks ago, headlines covered former U.S. President Jimmy Carter’s health while building Habitat for Humanity Homes in Canada. For the 34th year, Jimmy and Rosalyn Carter brought hundreds of volunteers to construction sites where donated materials and contributions from donors were used to build homes for low-income households.

That image of volunteers coming together to build a home is what people expect from Habitat for Humanity. But some are surprised when they find out we also sponsor a US$100 million investment fund for housing microfinance that finances work around the globe. Why do we do that?

Some of Habitat’s history with microfinance and markets traces back to an accidental discovery. Typically a Habitat for Humanity house comes with a zero percent home loan to the family. Nonetheless, regulations on non-profits in Egypt prevented Habitat from lending out any funds; and a microfinance institution (MFI) offered to help. So a partnership formed whereby our funding was lent to households via an MFI partnership. Soon after, the MFI began lending its own money for housing.

At first Habitat did not pay much attention to this – it wasn’t our program nor was it being done with our funding, after all. But eventually we realized how powerful this was. The MFI went on to lend much more for housing than our program ever could, and competing financial institutions responded with similar products. This was the beginning of a change in the market that would result in much more widespread access to housing finance than any of our non-profit programs could have on their own.

And, indeed, unmet demand for finance for housing is massive. Penetration of housing finance around the world is extremely limited – the World Bank’s FINDEX report (Demirguc-Kunt, Klapper, 2012) shows, for example, that just 2% of adults surveyed in India had housing finance products for the purchase of a home, with similar low figures in Uganda (1%) and Mexico (3%). Access to less formal construction loans were equally low in all three countries with less than 6% of households reporting access.

Sometimes without knowing it, microfinance was already involved. Evidence showed that people were already using enterprise loans to improve their homes. So we asked ourselves, “What if we could get the microfinance market to embrace housing as an intentional product?” Estimates showed that housing products comprised about 2 percent of microfinance portfolios worldwide. If we could work to raise that to 10 percent, an estimated 15 million families would gain access to over US$4 billion of capital for housing.

We took on the challenge. We began by offering technical advice – providing product development expertise to leading institutions to develop housing microfinance products. Investors, however, were often less sanguine. Doubts emerged about whether housing was a “productive investment” for a household and whether a quality housing loan portfolio could be sustained.

It was clear that housing needed to be better understood by investors. So we launched the MicroBuild Fund in 2012 as the first microfinance investment vehicle dedicated to housing. MicroBuild’s goal is to create a portfolio of investments from which institutions and investors in the industry can learn and better understand housing as both a product and an investment opportunity with the ultimate goal of attracting other investors to the sector through MicroBuild’s demonstration.

Habitat for Humanity and its Terwilliger Center for Innovation in Shelter brought OPIC, Omidyar, and Metlife together as the sponsor investors of the fund, and hired Triple Jump B.V. to be the fund manager for MicroBuild. 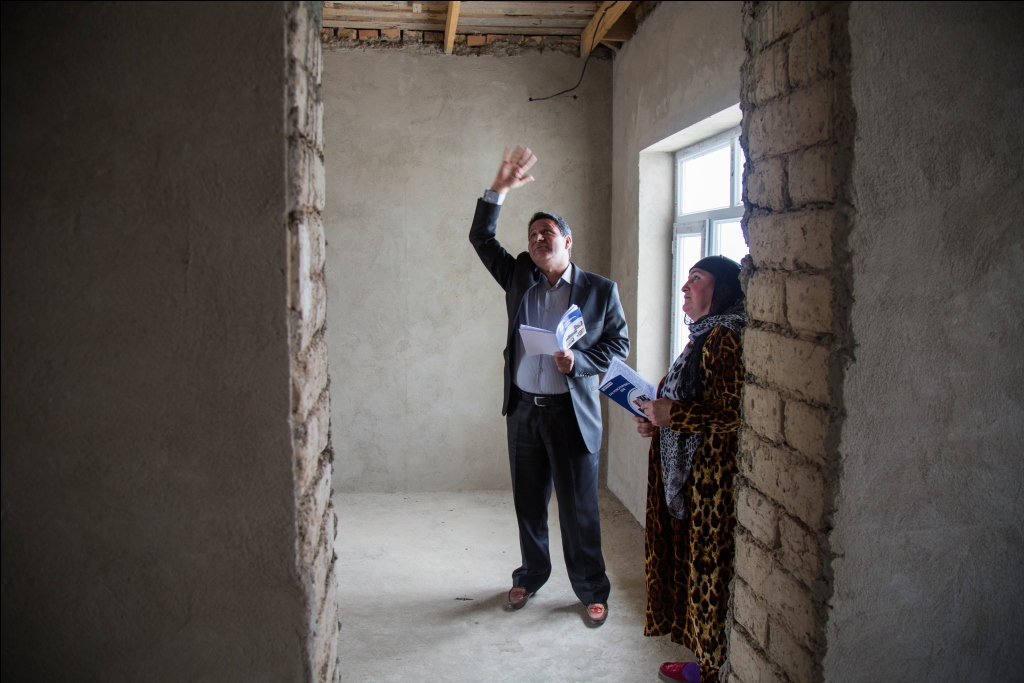 Triple Jump was immediately interested in partnering with Habitat for Humanity to make the MicroBuild Fund a reality, because of the clear need to help local financial institutions offer dedicated housing products to their end-clients. Having analyzed hundreds of MFIs over the years, offering both investment capital and advisory services, we were aware how powerful a combination of technical assistance and funding can be. With Habitat for Humanity’s Terwilliger Center providing technical assistance to financial institutions on both the institutional as well as end-client level, and Triple Jump looking at the investment angle, the complementarity was there from the start. I am convinced MicroBuild is a change-driver and will have a lasting effect on the industry.

Since housing finance products were new to many of the investee institutions, Habitat’s Terwilliger Center for Innovation in Shelter engaged with institutions to support them in the product development process and in gaining insight into local housing market conditions and construction methodologies. Though it is still early, the business case for housing microfinance is beginning to emerge. For 93 percent of MicroBuild investees, their housing product is performing better than the general portfolio of their institution. Interest rates are generally comparable to enterprise loans, with a few investees offering rates one or two points lower (APR). Evidence also suggests that the housing product is being used to attract new clients as much as it is to incentivize proven clients to stay with a particular financial institution.

Offering a housing loan product is clearly a good addition to the product portfolio of the financial institutions with whom we work. On the one hand, end-clients benefit from tailored products that fit their underlying financial needs in terms of loan size and repayment terms, while they often also can benefit from advice regarding technical issues. The institutions, on the other hand, profit from a generally well-performing portfolio, and since housing is often a source of growth, the institutions are able to cross-sell to existing clients as well as attract new clients. From an investment perspective, we deem financial institutions that are able to build a well-structured housing portfolio next to their general loan book to be less risky.

Close to US$76 million has now been invested by MicroBuild in housing microfinance products in 43 institutions across 26 countries. MFIs have directed an additional US$167 million of capital to housing as they take risks to finance the growth of housing products to keep up with client demand. More encouraging yet, a vast majority of financial institutions we’ve worked with see housing as outpacing the growth of other product lines.

But all that pales in comparison to the capital needed to adequately finance the third-highest spending category for the base of the pyramid. Many more investors and stakeholders are needed. As MicroBuild grows, we’ll continue to share information and knowledge to help provide insight into what’s working—or isn’t. We ask you to join us. As practitioners, investors, and donors we ask you to look at housing as a foundational issue for development and as an opportunity for market-based intervention and investment opportunity.

Patrick Kelley serves as Global Senior Director of Habitat for Humanity’s Terwilliger Center for Innovation in Shelter, overseeing Habitat’s global strategy to build and expand more effective and inclusive housing markets, which includes leading initiatives to build capacity and innovation in existing indigenous market actors, to mobilize investment capital to help promising solutions scale, and to develop innovative social enterprise solutions for shelter. His prior experience includes managing the largest microfinance provider in Rwanda and founding financial institutions for BoP in Burundi and the Democratic Republic of the Congo. Before working in international development, Patrick worked for ABN AMRO Bank and Ernst & Young. Patrick holds a Master’s degree in International Public Policy from Princeton University.

Steven Evers serves as Managing Director & CEO of the head office of Triple Jump. Steven is a co-founder of Triple Jump where he is responsible for fundraising, business development and support services. Prior to joining Triple Jump, Steven has held various positions in banking and consulting at FMO, KBC and at the ING bank. Steven has been active in the microfinance sector for almost 10 years, working both in the field and as a fund manager. Steven has an MBA from the IESE Business School in Barcelona and a degree in Economics from the University of Amsterdam. He is a Dutch National and speaks Dutch, English and Spanish.