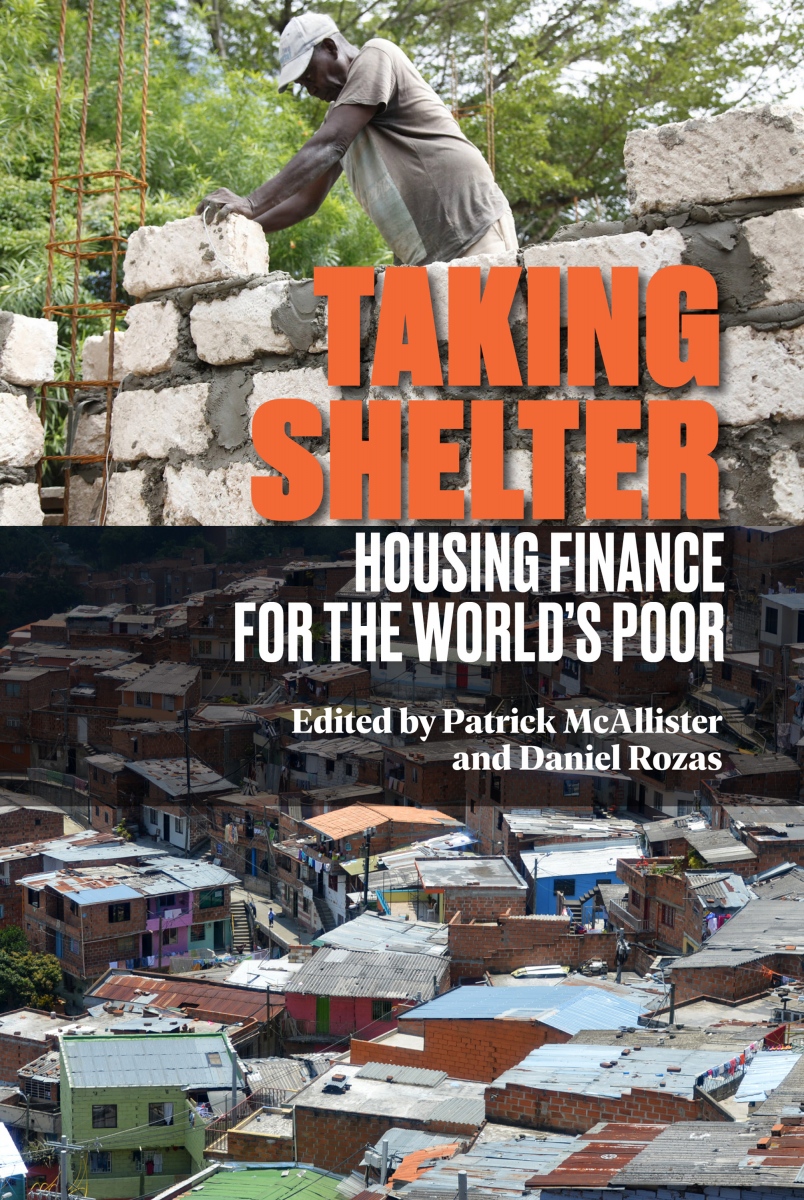 Housing is one of those parts of microfinance that has been around for decades, but which remains relegated to niche status. And yet, housing finance holds out the promise of real-world improvements for millions of poor households while simultaneously expanding the opportunities for financial service providers.

That is why, in partnership with Practical Action Publishing, e-MFP has published its first book: "Taking Shelter: Housing Finance for the World's Poor." Co-edited by Patrick McAllister and e-MFP's Daniel Rozas and generously funded by Calmeadow, Credit Suisse, Habitat for Humanity, Triple Jump and the Agence Française de Développement, the new volume explores the full spectrum of housing finance practice, from the perspective of the household, the FSP, investors, and regulators and policymakers. The last time the sector saw a book on housing microfinance in 2004, the word microfinance was still rarely used, Muhammad Yunus had not yet received his Nobel, investing in the sector was a novelty and largely dominated by public investors, most microfinance providers were still NGOs, and regulation of the sector was limited to a handful of visionary central banks.

A great deal has changed since then. The new volume draws on the experience of nearly a dozen expert authors. In it the reader is led by Marja Hoek-Smit to see big picture and macroeconomic significance of low-income housing finance, introduced to the full breadth and complexity of the pro-poor housing ecosystem by the book's editors including a case study of the entire ecosystem in India, invited by Stuart Rutherford to meet several financial diarists as they go about constructing their homes, shown by Sandra Prieto and Patrick Kelley the full depth of of the decade-long experience of Habitat for Humanity's work on housing microfinance programmes of many dozens of FSPs around the world, introduced to the full spectrum of housing finance investment options -- public and private, debt and equity, from a local apex fund to capital market securitizations -- by an entire team of funders and investors: Deborah Burand, Claudia Rojas, R.V. Verma, W. Britt Gwinner, Lucie Astier Such, Vinod Kothari, and Mona Kachhwaha).

All these contributions are woven together into a seamless volume by the editors who close the book by calling on all the stakeholders in the sector -- providers, investors and policymakers -- to up their efforts and make housing finance available to poor households around the world.

Taking Shelter: Housing Finance for the World's Poor is available for purchase from Practical Action Publishing or your favorite booksellers -- in softcover, hardcover and e-book formats.