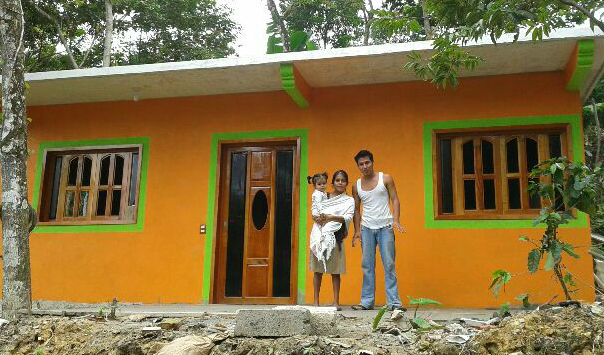 In 2017, the theme of the Award was Microfinance for Housing, which sought to highlight the role of microfinance in supporting access to better quality residential housing for low income, vulnerable and excluded groups, with no or limited access to housing finance in the mainstream sector.

Tosepantomin: On November 30th 2017, the Tosepantomin Savings and Credit Cooperative was announced as the winner of the European Microfinance Award 2017 on “Microfinance for Housing”. This was a huge moment for our organisation, and in particular, our housing programme.

Since then, Tosepantomin has expanded its activities and increased the provision of financial services to its cooperative members. New credit products were created in order to serve Small and Medium Enterprises (SMEs), those who provide public transport services and those who require financing for the purchase and installation of solar panels in their home, via a new credit product called “Yolchicaualis” (meaning ‘strength’ or ‘heart’ energy in the Nahuatl language). The prestige and attention from winning the Award has been a large factor in this development, and has allowed a virtually three-fold expansion of our housing program: while 869 families were served in 2017, with a loan portfolio of US$1.7m, 2,635 were served in 2018, with a loan portfolio of US$5m. 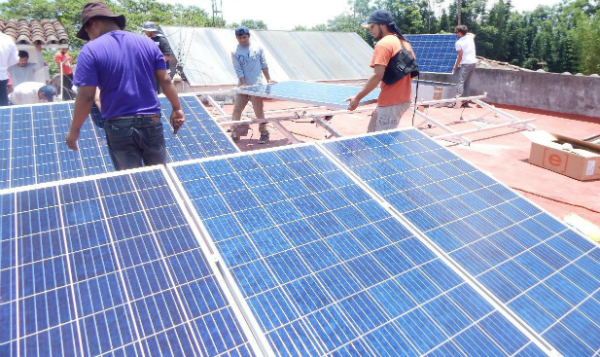 Tosepantomin: In the framework of the Year of Youth and Recovery of Values, Tosepantomin and the Union of Tosepan Cooperatives have launched a program in 2019 that seeks to allocate social investment resources and efforts in order for young people to achieve their social and economic goals. The program has three main elements:

The objective of the present approach is to help the so-called ‘solidarity economy’ – processes that promote common welfare, with the special intention of making young people aspire to improve and transform their life plans into reality within their communities, through social ventures that, crucially, allow them to stay in their area if they choose, rather than be forced to migrate for work.

Internally, winning the Award brought enthusiasm and pride among the cooperative members, accentuating the belief that with organisation and effort, one can achieve a great deal. Externally, it enriched Tosepantomin’s housing program through increased linkages and exposure. A collaboration agreement was signed with the foundation Habitat for Humanity, allowing for more significant financing opportunities for members and improvements in the technical assistance offered.

Tosepantomin: Tosepantomin became the financial arm of the cooperative movement created in 1977 in the Sierra Nororiental de Puebla region of Mexico, and later became the Union of Tosepan Cooperatives. The Union is composed of eight other cooperatives that all wish to improve the quality of life of the partners’ families in order to improve lives. Tosepantomin has therefore had an impact on its eight cooperative sister organisations, but not only that – our housing program has also influenced other Mexican organisations. Several savings and loans cooperatives as well as civil associations approached Tosepantomin to hear about our experience and share financing and technical assistance strategies.

Tosepantomin: In the near future, our housing program is seen as the main tool to enhance adequate housing of all cooperative members, their children and grandchildren, with a focus on providing and promoting eco-techniques to use energy and water appropriately, transform agricultural residues in organic fertilisers and produce healthy food products. Tosepantomin will also continue financing sustainable systems such as the organic production of food products used for home consumption, trade or fair trade.  This will help our members achieve “Yeknemilis” (‘good life’ in Nahuatl), which remains the main objective of the Tosepan Union of Cooperatives, of which Tosepantomin is a member.