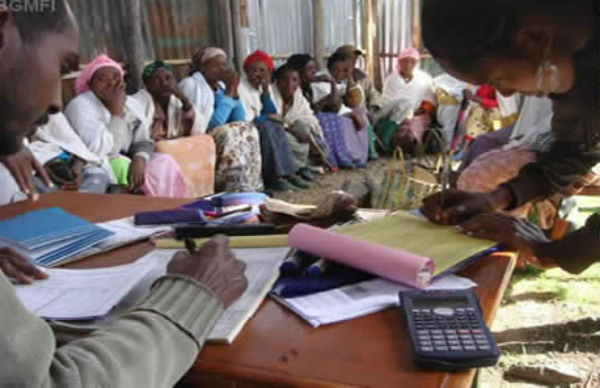 In 2008, the theme of the Award was Socially Responsible Microfinance, which aimed to highlight and catalyse initiatives that represented a breakthrough in promoting social responsibility and performance in microfinance.

Buusaa Gonofaa MFI, founded in 2000, provides micro-lending and saving services to resource-poor households in Ethiopia to improve their livelihood. Buusaa Gonofaa has a particular focus on women, landless youth and smallholder farmers.

Buusaa Gonofaa’s initiative, the development of a Client Assessment and Monitoring System or Social Ledger, was presented for the European Microfinance Award 2008. Buusaa Gonofaa MFI had internally developed a scorecard including 20 indicators related to the poverty and progress of its clients’ wellbeing over time. Thanks to this initiative, Buusaa Gonofaa was able to develop a precise segmentation of its clients. In addition, it helped not only in modifying loan products features in order to fit the clients' needs, but also in managing the achievement of Buussa Gonofaa's social goals.

Buusaa Gonofaa (BG): First, in the ten years since winning the Award, BG’s activities, supported by the client monitoring system, have greatly expanded. Branches have increased from 19 to 33, active borrowers from 39K to 85K, the loan portfolio from 2.3m to 12.4m euros, assets from 3.1m to 16.8m euros, and savings deposits from 534K to 5m euros.

This growth has paralleled the expansion of BG’s use of the scorecard, which was given impetus by winning the 2008 Award. Initially, BG invested the Award money in the development of an automated data processing system for its scorecard on the Access platform; but when pilot tested, it was unsuccessful and was abandoned. After that, BG recruited an IT expert and another system was developed on the SQL platform. The poverty scoring data of a small sample of on average 600 active borrowers in 8 out of 30 branches is being processed every year on this system. The system generates basic reports that show the target groups that are being reached by BG, their poverty status (very poor, poor or not so poor), and their graduation patterns over time. The report gives important insights about our clients; it provides critical inputs for decisions on product improvement, new product development and strategic planning. However, this system also has serious limitations in generating the required reports. As a result, BG is currently implementing a new core banking software in which the scorecard data processing will become an integral part of the loan operation process. Such integrated data processing will streamline the reporting and allow regular deliberations at management and board level, something not possible so far due to the challenges of the manual data processing system.

BG: Winning the Award was a momentous achievement for the Ethiopian microfinance industry in general and BG in particular – it was official recognition of BG’s commitment and effort to remain true to its promises of improving the livelihood of its target groups. Since BG won the Award, there has been a growing commercial focus among MFIs and more questions are being asked on the efficacy of microfinance as a tool to fight poverty. It is within this context that the Award accorded more legitimacy to BG’s poverty tracking system. At the same time, the increased visibility put pressure on BG to stay on course with its initiative; this in turn helped BG to invest more in the development, improvement and institutionalisation of the scorecard. 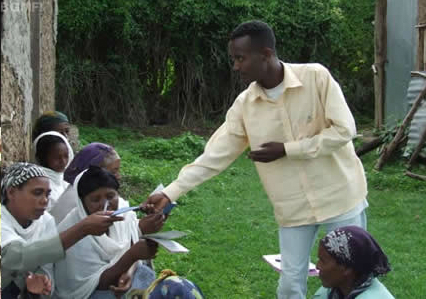 For sure, BG has been able to demonstrate to its internal and external stakeholders how it has been striving to translate its mission into day-to-day actions. Most importantly, integration of the scorecard system in the day-to-day operations of BG has provided valuable longitudinal data over typically 3-5 years for each of the sample clients. The insights from the scoring indicates who is being reached by BG, who is and is not succeeding, whether or not graduation out of poverty is occurring and if so, in what pathways. For example, BG has learned from the scoring data that over two thirds of the target clients are very poor and poor; that the very poor and poor are more likely to graduate from poverty as compared to the non-poor clients; that main pathways out of poverty is via assets, such as oxen, cows, sheep and goats, which is quite credible in view of the fact that over 65% of BG’s target clients are rural households whose main livelihood is smallholder subsistence farming.

Another example of the important role of the scoring system is that it has helped BG to learn about the different trajectories of growth in the loan size and hence underlying economic activities of the different categories of the poor clients. Comparison of growth in loan size shows significant difference for urban poor compared to the rural poor. The loan size for the urban poor increases at a much faster rate when compared to that of the rural groups. The urban poor depend on micro enterprise activities where the micro loans are more likely to help them overcome liquidity constraints and grow their business. In comparison, the rural poor depend on smallholder subsistence farming which is known for very low level of productivity of average 2 tons and this is because farmers typically cultivate less than 2 hectares of land with very limited inputs of seeds and fertilizer and low farming skills. These insights from the scorecard were used by BG to revisit its strategies towards the rural poor and it introduced agricultural value chain financing thereby increasing the productivity of the smallholders from 22% up to 3 fold in some cases.

Winning the Award and the actual implementation of the scoring system has helped BG to convince new social investors to provide foreign bank guarantee facilities in order to borrow from local banks to finance expansion and growth of BG.

BG’s longtime partner ICCO Terrafina has used BG’s poverty scoring tool to write a winning proposal to donors and has been able to get multimillion dollars funding for a program that is now being implemented in four African countries, namely, Burkina Faso, Senegal, Rwanda and Ethiopia. This winning proposal, called STARS, (Strengthening African Smallholders) aims to offer more adapted financial products and services for those very poor and poor farmers that have graduated from the existing general purpose group loan as indicated by the scoring tool. Interestingly, this STARS program is a natural fit with BG’s new strategy of agricultural value chain financing for smallholder poor farmers.

BG: Following the winning of the Award in 2008, BG was invited to several forums to share its experience on this tool and how it has been working and its application in the management of BG’s micro credit operations. From 2009 to 2014, for example, BG made presentations at annual conferences of AEMFI, the national network of MFIs in Ethiopia. Many other presentations and experience sharing exchanges were also made in Mali, Uganda, Kenya, Italy, Luxembourg, Belgium, France and the European Microfinance Week. Several experience sharing and exchange events were organised at BG through the facilitation of the national network AEMFI in Ethiopia. It was also shared with members of the PAMIGA network as well.

BG aims in the future to explore much deeper and get further insight about the factors that contribute to the different graduation pathways followed by the rural and urban poor clients. It needs to learn why the rural poor seem to follow asset based graduation pathways and learn whether or not there might be some optimal level of the rural poor’s investment in for example livestock assets or whether they have particular preference for certain types of key assets. Such deeper understanding of existing clients’ needs will require perhaps further refining of BG’s offerings of financial products and services.

There are more reasons for MFIs in general to seriously revisit their current practices of focusing purely on the money side of their business; the bulk of recent empirical evidences suggest that MFIs should not take for granted that their loans will always bring enterprise growth and increased income, thereby improving the welfare of the poor households. MFIs need more systematic tools and mechanisms to get a much deeper understanding of the needs of poor people and the challenges they confront in their livelihoods, to understand how the financial services they access from the MFI help the poor in facing those challenges. For example, the growing evidence from financial diaries of the poor is already challenging our conventional wisdom and it is giving us a completely new perspective that was not in the conventional models of due diligence techniques of lending to the poor.