Home / Blog / From RCTs to Diaries: The Enduring Value of Research Through Observation and Interview
03 Nov. 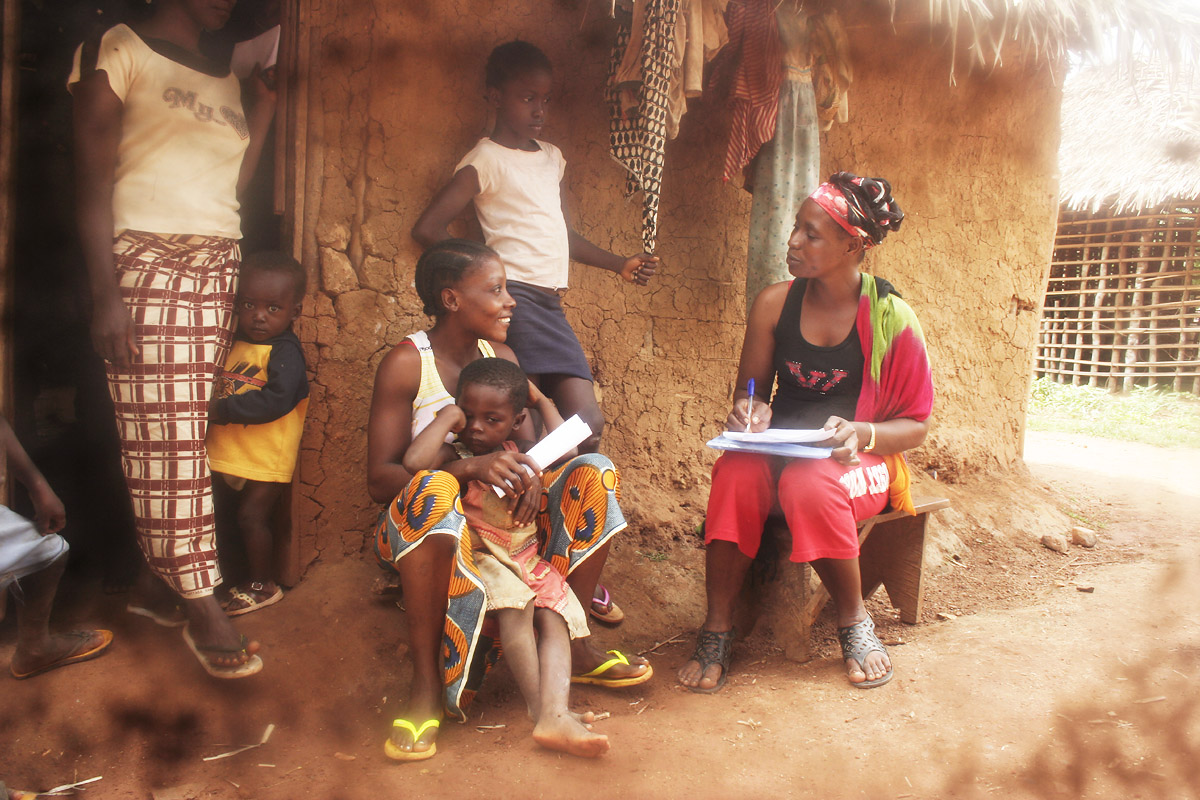 If we knew what it was we were doing, it would not be called research, would it?
- Einstein

Regardless of our profession, most of us like to think we know what we’re talking about - especially during this Financial Inclusion Week. But how much do we know, really? Assumptions and heuristics (‘rules of thumb’) dominate more than most of us would readily admit. And why not? Usually they’re good enough. Before Galileo upended astronomy, existing models, regardless of how wrongheaded, were still good enough to maintain calendars, predict agricultural seasons, and support navigation.

Since the beginnings of modern microfinance in the 1970s, we have likewise relied on similar orthodoxies: that take-up of microcredit was a demonstration of its inherent value to the clients; that on-time repayments were evidence that clients were not over-indebted; that competition would inevitably lead to lower interest rates. And, perhaps most importantly, that targeting specific groups of clients would inherently create social benefits: lending to the poor would alleviate their poverty, lending to women would strengthen their roles in society, lending to farmers would improve their yields, etc., etc.

Starting in 2010, a new type of research methodology not previously attempted in the sector - the Randomised Controlled Trial (RCT) - began to upend many of those notions, most importantly that microfinance loans have on average a statistically significant and positive impact on either the incomes or quality of life of clients. With their large samples, longitudinal timeframes, and randomised treatment and control groups, RCTs are able to isolate correlation - and sometimes causation - from external variables, subject to the boundaries of confidence intervals. A compendium of six such RCTs in 2015 appeared to put the earlier notions to rest (although there is, as David Roodman observed in his book on the impact of microfinance, Due Diligence, some nuance required here: “The absence of proof is not the proof of absence”).

Yet as Timothy Ogden later pointed out in his Case for Social Investment in Microcredit, these studies do highlight an important point - the focus on the average misses a great deal of variation among clients. Some do well, others do poorly. In principle, if lenders were better placed at identifying the clients most likely to benefit, the outcomes of their loans would be more positive.

That’s where another research innovation comes in: financial diaries. Although used as far back as the 1990s, this approach gained attention at the same time as the RCTs, with the publication of Portfolios of the Poor in 2009. The Diaries take a diametrically opposite approach from RCTs; with small samples, they make more modest claims of providing a statistically representative measure of client outcomes across a large population. Instead, through regular enumerator meetings over months or years, complemented by daily household diary-keeping, they seek to paint a deep picture of the true lives of financially excluded families. By doing so, they are able to uncover details that primarily survey-based techniques like the RCT cannot capture. For example, Portfolios raised a key aspect of poverty that had not been widely understood previously - that the ups and downs of income and expenditure over time, or ‘cash flow volatility’, was as much a challenge to poor households as their overall low income. And that many poor households were using a wide range of formal and informal financial tools, including microfinance, to ‘smooth’ this volatility.

Portfolios spurred a host of other financial diary projects. Some, like the US Financial Diaries, have been widely read and have made major contributions to understanding the precarious financial lives of poor and middle-class American families, who face similar challenges of cash flow volatility as the much poorer families in Bangladesh, India and South Africa described in the earlier Portfolios.

Meanwhile, other studies have had a narrower focus, but have nevertheless made important contributions to understanding clients and their needs. One of us was a program lead on the Energy Diaries, which tracked 90 Indian households’ acquisition and use of different energy sources (such as kerosene, charcoal, wood, grid electricity, or LPG) as well as use of distributed renewable energy products (such as a portable solar lights or improved cookstoves) and other economically-productive and energy-dependent assets (such as a mobile phones, motorcycle, kerosene lamps or mud stoves). The result was a richer understanding of how families combine different energy sources into a special type of “portfolio” to meet diverse needs, and the role of culture, cost, and government subsidy in guiding energy use.

Other studies have looked at a specific segment. The Garment Worker Diaries is studying the lives and wages of garment workers in Cambodia, Bangladesh and India. Other Diaries projects have highlighted the role of remittances, credit, and other financial products in making business investments, paying for education and other family needs in countries around the world. Each has produced a wealth of quantitative and qualitative data to highlight previously poorly understood aspects of low-income people’s lives.

The spate of RCTs in the last few years was the best thing that could have happened to microfinance. There is an inherent honesty in the well-designed RCT. Moreover, their sober findings put much-needed brakes on the hype of microfinance as a one-size-fits-all solution to poverty, and the lazy virtuous circle of donors, practitioners and observers endlessly repeating anecdotes of women leveraging fifty-dollar microloans into thriving community businesses.

Yet like microfinance itself, RCTs are no panacea. Aside from their methodological limitations and high cost, there is more to client-centric financial inclusion than can be revealed through the lens of quantitative impact measurement alone. Fleming discovered Penicillin not by iteratively double-blind testing variations of a medication on large groups, but by diligent and close observation of small samples, leading to an unexpected insight. There is, obviously, a place for both approaches.

Diaries (though not cheap, either) can fill the gap left by a singular focus on randomised studies. But too often, Diaries research exists in a vacuum, and it is difficult to identify the practical application of the wealth of client household and business data they produce. Beyond conference presentations, where is the identifiable effect on product design, on SPM, on regulation, on how financial institutions work with low-income and excluded segments to bring them into the formal financial ecosystem?

There will of course be examples of how this has worked well, and we welcome any retorts to this that wave the flag for the in-practice outcome of Diaries. Our simple point is that, while the impact of RCTs on financial inclusion has been considerable, and overwhelmingly positive, too often it’s hard to identify how Diaries translate theory into practice. These broad approaches are complementary, and the sector would do well to actually use the results of both as it innovates in the years to come.

I'd like to think diaries are being used to tailor/iterate products. Hopefully then RCTs can feed back improved outcomes when used in combination

“We want our leaders to create other leaders”: Supporting managers in their HRD role
December 20, 2021
“We know why they leave, but we don’t know why they stay”: What MFIs have learned about engaging employees, part 2
November 12, 2021