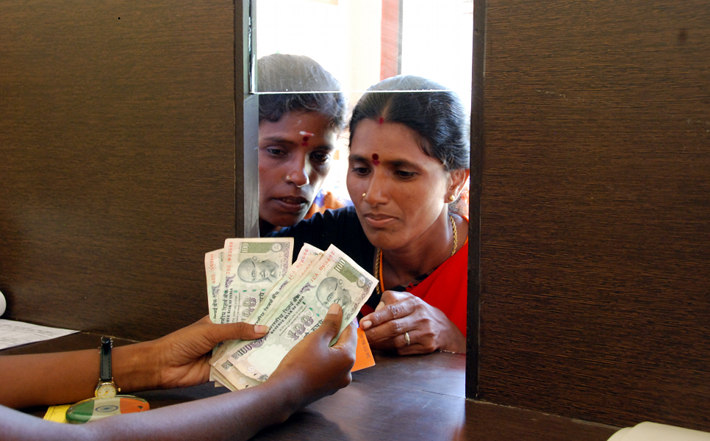 The press release from the World Bank did not hold back:  “Massive Drop in Number of Unbanked,” reads the headline. In just three years, the number of adults with a bank account has grown from 51% to 62% -- an increase of 700 million people. That’s a fantastic number!

And that’s the problem. Fantastic is good for children’s bed-time stories. It’s a bit more concerning when it comes to survey data. What’s the story behind this incredible, utterly unprecedented growth?  What happened in these past three years that might explain it?

The authors don’t really say. One area they highlight in the report accompanying the data is the growth of mobile banking. This has been tremendous – 2% of adults globally report having a mobile money account in 2014 (no numbers available for 2011). Many of them are concentrated in countries in Sub-Saharan Africa that previously had much lower financial inclusion rates. This is a major story and something to celebrate. But it doesn’t explain the headline figure.

Of those with mobile money accounts, roughly half are mobile-only users. In other words, mobile money could account for 1% of the 11% increase in financial access globally over the three years. That’s 60 million adults worldwide – well short of the 700 million in the headline.  The unstated implication is that this growth came through traditional means, with accounts being opened at banks, cooperatives, post offices, microfinance institutions, and so forth. That’s where the fantastic turns into unbelievable. Traditional channels can certainly bring about broad change, but not in three short years.

The growth isn’t limited to a handful of large countries. It’s truly global. There are 39 countries in all that have seen more than 10% growth in the share of adults holding accounts, including wealthy countries like Italy, Saudi Arabia, and United Arab Emirates. Even the United States, which had an 88% account penetration rate in 2011 managed to jump to nearly 94% in just three years. This must surely come as a surprise to those who follow financial access issues in the country, where according to a 2014 study by the Federal Deposit Insurance Corporation, the number of unbanked households held fairly steady at 8% during 2011-2013.

What to make of this puzzle? I believe the issue lies not in the survey itself. Rather, the problem may stem from the change in the definition of an account holder. And no, it’s not the issue of adding mobile money. According to the metadata definitions in the Findex database, here is the 2011 definition for account at a financial institution[1]:

“Denotes the percentage of respondents with an account (self or together with someone else) at a bank, credit union, another financial institution (e.g., cooperative, microfinance institution), or the post office (if applicable) including respondents who reported having a debit card (% age 15+).”

And here is the definition for the same in 2014 (significant differences in italics):

It appears that for 2014 respondents, there were several additional ways to count an account – ways that weren’t captured in 2011. A slight methodological change, but a crucial one. The latter measure may well be the more accurate one, but it’s problematic as a direct comparison with 2011.

There is a wealth of data in the Findex database, shedding light on all kinds of trends in financial access, including borrowing, saving, us of informal services, and so on. The opportunities to learn and explore are vast, helping inform decisions for regulators, politicians, and private actors. The Findex team and its supporters deserve a great deal of credit for creating and maintaining this critical resource.

However, the headline finding of a massive increase in number of accounts is difficult to explain as a reflection of a true global shift. Instead, it appears that a large part of this trend may be simply due to changes in the survey definitions.

Celebrating the “massive drop in number of unbanked” may prove a little premature.

Great to see your presentation in SPTF workshop in Siem Reap. Keep in touch.