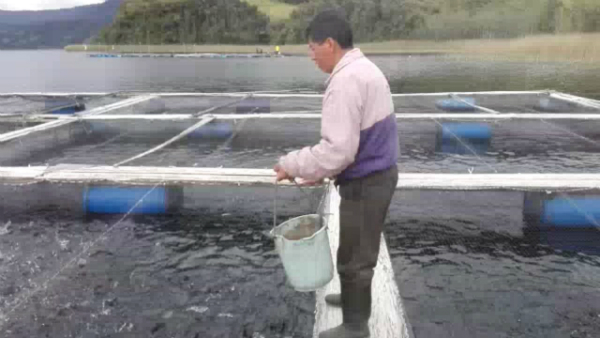 The central contribution of the microfinance revolution has been the creation of long-term client relationships. More so than tangible collateral, these relationships are the foundation of the incentives structures that govern the interactions between microfinance institutions (MFIs) and their clients – and that contribute to the fulfillment of contract obligations.

From this perspective, genuine microfinance has been a kind of ‘relational banking’ for the poor. This interpretation is consistent with the growing emphasis on ‘client centricity’ in financial inclusion and it focuses on the value of the relationship, as measured by its cost and quality. The quality of inclusion, on the one hand, brings together what is valued in the transaction, such as proximity, timeliness, transparency, adequacy with respect to actual client requirements, variety, sufficient amount, reliability, sustainability, respect and dignified treatment - and others. Cost, on the other hand, refers not only to financial charges (interest and fees), but also to all the opportunity costs incurred by the clients.

The overall ‘value’ of the client relationship reflects a weighted amalgam of all these attributes. These attributes differ across diverse types of MFIs (banks and non-banking institutions, commercial and not-for-profit entities, gender-focused, urban or rural operators). Further, relationships are dynamic; they evolve over time and they are influenced by numerous contextual factors - such as the regulatory framework, in particular.

Traditional microfinance is a proven model, yet it faces persistent challenges from new competitors and disruptive technologies. Different strategies have been established to face such challenges, however in the process of facing them, some MFIs have drifted away from their core values and mission. Some blame the legal structure of an MFI, mainly of a regulated financial institution, for the distancing effect.  Some MFIs, afraid of mission drift, refuse to convert into a commercial institution. Yet, while refusing to make this change, they risk giving up the possibility of scaling and providing other financial products to their clients.

Yet microfinance has long been successful in achieving scale and attracting capital, and no longer depends quite so much on subsidies and increasingly avails itself of a full range of capital sources (although, as Tim Ogden has argued in The Case for Social Investment in Microcredit, subsidies do remain significant). Those achievements have been, in part, due to the legal structure of the MFIs that allow the participation of private investors. As of today, the global microfinance industry has attracted more than US$30 billion in cross-border investments. The majority of capital for MFIs now comes from commercial sources. Moreover, there are successful examples of melding market instruments with a social mission.

Yet, oftentimes, as more MFIs become driven by purely commercial interest there’s a concern that the long-term relationships with clients may be eroded. But are they? This is not necessarily so, and point to the outreach and broad range of products that MFIs currently provide.

Calmeadow sponsored a study that sought to evaluate the key dimensions of the relationships that have underscored outreach, the ones that have made MFIs successful, and the competitive advantages that have allowed microfinance to have its outreach as of today.

The study analysed and compared data of regulated and non-regulated entities, large and small, within nine countries in Latin America (Bolivia, Colombia, Ecuador, Peru, Nicaragua, Dominican Republic, El Salvador, Guatemala and Honduras) and sought to understand if regulated microfinance organisations experienced mission drift. From the study, it appeared that the legal structure of an MFI does not in and of itself lead to mission drift. But, what key elements ensure that the MFI remains focused on their mission?

In an effort, to remain focused on their mission, some MFIs have drawn on the specialization of certain financial services and products. For instance, the study reveals there are NGOs that have training programs for their agricultural clients (e.g. Contactar and ECLOF in Colombia), and these services are not sporadic or secondary, but an important part of their value proposition. Another example is Pro Mujer Nicaragua, where preventive health services for their female clients run in parallel to the credit services they supply. Moreover, the importance of the MFIs’ offer of these non-financial services is highlighted by the fact that, had they not provided such services, their clients would most likely not have accessed them at all, due to various reasons.

Each MFI has its own particular approach for a better and closer relationship with its clients. Such an approach defines its identity and product differentiation in the market. For some this is achieved through the supply of a varied set of services; for others it is achieved by charging lower interest rates or by serving the agricultural world.  And for a few, through offering training and technical assistance in addition to credit. Yet there is no evidence of that better and closer relationship with clients being strongly influenced by the legal structure of the MFI.  However, clarity of mission and vision, as well as a high orientation level on client centricity, do have a direct impact on the quality of services provided by a MFI.

Rodolfo E. Quirós is coordinating the client-relationship Project. He is a financial inclusion, rural finance, and microfinance specialist, with extensive experience in financial risk management and investment. The other team members of the Project are Claudio González-Vega, Pedro Fardella and María José Mora.

Calmeadow is a registered Canadian NGO with operations based in San José, Costa Rica. Since 1985 Calmeadow has supported innovative ideas in microfinance, ideas that promote greater levels of efficiency and outreach through the commercial provision of financial services to low-income borrowers and microentrepreneurs. www.calmeadow.com