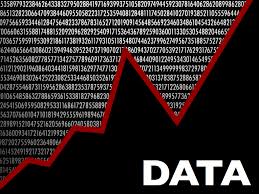 The microfinance sector has been abuzz with the implications of the “final word” study on microcredit impact. For many, including myself, this has been an opportunity to consider a trend that’s been taking place for several years now – from microfinance to financial inclusion. In my last blog, I touched upon the subject of metrics that this new shift requires. I would like to delve deeper.

To use the definition of the Center for Financial Inclusion, “Financial inclusion means that a full suite of financial services is provided, with quality, to all who can use them, by a range of providers, to financially capable clients.”  That encompasses many things, but perhaps more intuitively, financial inclusion means providing serving those who aren’t being served – whether they are too poor, too informal, or too remote.

It’s a compelling goal. Yet the metrics we use to measure progress came from a time when microfinance meant making loans to the poor. They simply are not up to the task of measuring financial inclusion.

The problem is that all of these indicators are from the market perspective. What share of the population has an account, how many saved or borrowed in the past year (and how frequently), how many live within 1km of a bank branch, and so on. All this is incredibly useful. But if you’re an MFI or an investor in one, that value becomes a bit academic. You need to know what YOUR efforts have contributed to this broader picture.

So maybe you could turn to social metrics? Not so much. The Universal Standards for Social Performance Management (USSPM) focus largely on the process – how an institution pursues its social objectives. Similarly, a lot has been done to better define the target population or practice. Is an MFI seeking to serve women?  Consider the Gender Performance Indicators.  Targeting the poor? Consult the Progress out of Poverty Index. Focusing on environmentally sustainable practices? See the Green Index.

Still, none of these have much to say about financial inclusion. Consider the kind of data you may have as a fund manager. Most likely, you know the number of loan clients, though rarely disaggregated by type (size, maturity). You probably know the number of savings accounts, though have little idea how many are active, and know even less about the nature of that activity (frequency of use, average deposit/withdrawal amount). When it comes to insurance, in most cases you might know whether the institution offers such services, in some cases you may know the number policies issued, and in even fewer cases, this might be disaggregated by product. Rarely, if ever, would you know the coverage amounts, renewal rates or payout ratios. For transfer and payment services, information is more sparse still, often comprising little more than a checkbox of whether or not an institution offers such services, but little on actual usage levels, let alone frequency and amounts. And finally, when you try to look at the MFI holistically – how many people does it actually serve? – often there is simply no way to tell.

The above is just for a single institution. Few, if any, portfolio managers would be able to discuss financial inclusion outreach across their portfolio – despite having it as their mission. The types of usage indicators developed at the market level, like Findex, are largely absent at the institutional level.

The need seems clear. But is there capacity to meet it?  What about indicator fatigue? How would such metrics fit in a space already crowded by seemingly endless indexes and indicators? And is it reasonable to ask MFIs to produce yet more metrics?

The problem of indicator fatigue is overblown. We live in an age of data. Setting objectives comes with the expectation that we will have metrics to show how we have reached them. And despite the apparent crowding, few institutions are likely to use more than a handful of these different sets of metrics – a basic set for core reporting, with added modules depending on specific goals of the institution.

So what about the reporting capacity of the MFIs?  It’s not as hard as it seems. Nearly all of the missing metrics can be derived from data that’s already being captured by the institutions’ IT systems. Few, if any, entail gathering new data in the field. Yes, it would involve more reporting by the MFIs, but this is part and parcel of the financial sector, which is among the most data intensive segments of the economy. And for those MFIs too small to have appropriate reporting systems, reporting can be voluntary or simplified. After all, their impact on overall outreach is likewise small.

The core task is to develop clear standards and incorporate the new metrics into the various reporting channels used in the sector, including MIX Market. The challenge is real, but hardly insurmountable.

I admit, the title of this post is misleading. The biggest gap in financial inclusion isn’t metrics – it’s the lack of financial services available to the poor. But closing that gap will be harder if we can’t measure our progress.

Inclusive Finance & Health Care - What three of e-MFP’s members are doing on the topic of the European Microfinance Award 2021
September 27, 2021
Healthy, Wealthy, and Wise Kids: Mitigating the risk of child labor through health financing
September 21, 2021