On November 21st, at the European Microfinance Award ceremony at the EIB, European Microfinance Week attendees heard a chilling, impassioned and deeply concerning keynote address by Sunita Narain, Director General at India’s Centre for Science and Environment and editor of Down to Earth magazine. We thought this address deserved an even broader audience, so with Sunita’s permission, we are publishing her keynote here in its entirety as a guest blog. 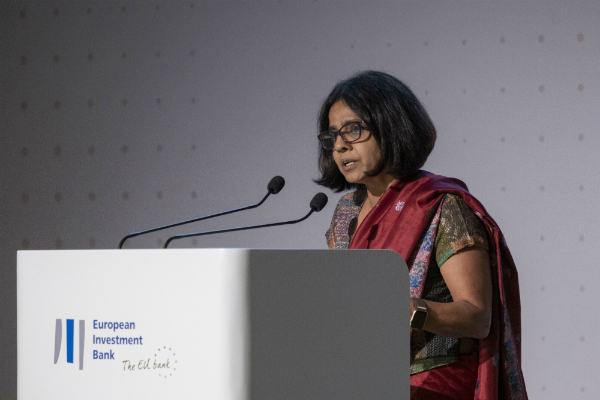 Forgive me when I say that climate change, it would seem, could not happen at a worse time in human history. It is clear that things are now spiraling out of control. Every year we are told is the hottest year, till the next year comes around. Then a new record is broken. It is getting worse. From forest fires, to increasing frequency and intensity of storms, to blistering cold waves and spiraling heat.

We know something is wrong. Very wrong. But we are so distracted – from trade wars, to Brexit, to immigration, to economic crisis and skirmishes that are raging across our countries – that climate change is not a priority. We simply don’t seem to have the bandwidth to handle it.

But we must. The fact is climate change is real; it is happening, and it is making the poor in our world, more marginalized. The farmers, pastoralists and all the others who work the land, use the water and make a livelihood, are the worst impacted. They are the victims of climate change. The poor in the world have not contributed to the making of the problem. But let’s be clear, their pain will make our world more insecure. And this is only going to get worse. This is why we need to act and act now.

Why do I say this? Take what is happening in terms of extreme rain events in vast parts of the world. In India, this monsoon, rain has been a curse, not the boon it always is. It has come down in torrents – regions have received 1000-3000 percent excess rain in a few hours. It has meant that rain has submerged vast lands; destroyed homes and livelihoods. But what is worse is that flood becomes a drought within no time. This is because the heavy rain cannot be captured; cannot be recharged; and so, there is drought at the time of flood.

Each of these now, not so natural calamities, take away the development dividend that governments work so hard to secure. Houses and other personal belongings are washed away; roads and infrastructure destroyed, and all then has to be rebuilt. It is also clear that the flood or the drought, is not just about climate change or changing weather patterns. The fact is drought is about the mismanagement of water resources; where not enough rain is being recharged or water is used inefficiently and inequitably. Flood is about the sheer inability to plan for drainage; for our lack of concern to protect the forests on watersheds or the near criminal act of building and destroying the flood plains. The weird weather comes on top of the already mismanaged land and impoverished polity. It is like the last straw on the camel’s back.

I call this the double-whammy. High temperatures are only adding to the already heat and water stressed lands. Lack of green cover, increases desertification conditions; over-withdrawal of groundwater and poor irrigation practices degrades land. Then there is the over-intensification of land, largely because of the way we are doing agriculture – what we are eating. And how we are growing, indeed manufacturing what we eat.

The 2019, IPCC report on climate change and land, rightly indicts modern agricultural practices for being over-chemicalised and over-industrialised and so adding to greenhouse gas emissions. The report has also called for changes in diets, which will make us tread lightly on earth. Our food and our climate change footprint is now connected. 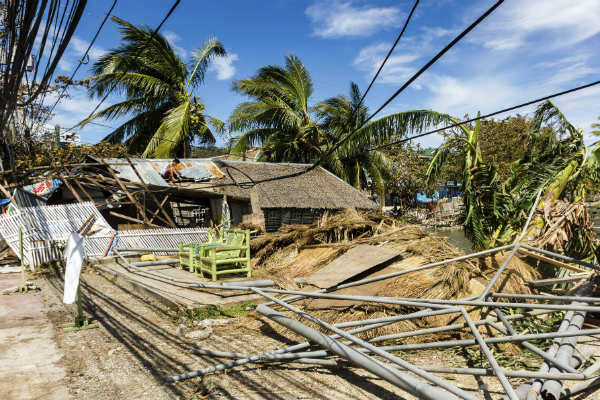 The fact is that we are only just beginning to see the impacts of climate change. These will become even more deadly as temperatures continue to spiral and this spiral gets out of hand. It is also clear that today the poor in the world are the victims of this ‘manmade’ disaster – local or global. Rich do not die in sandstorms. The rich do not lose their livelihoods when the next cyclonic system hits. But the fact is that this weird weather is a portend of what awaits us. The change is not linear—it is not predictable. It will come as a shock and we will not be prepared for it – rich in developing world or the developed world. Climate change at the end will be an equalizer – it will impact all.

It is also clear that increasing numbers of disasters because of growing intensity and frequency of weird and abnormal weather will make the poor, poorer. Their impoverishment and marginalization will add to their desperation to move away from their lands and to seek alternative livelihoods. Their only choice will be to migrate – move to the city; move to another country. The double-jeopardy, as I have called it, in the interconnected world is the push – lack of option – to the pull – bright lights that suggest a choice to better futures. This will add to the already volatile situation of boat people and walls and migrant counting, which is making our world insecure and violent. This is the cycle of destructive change that we must fight. Our globalized world is inter-connected and inter-dependent. It is something we must recognize.

This is where the opportunity exists. If we can improve our management of land and water, we can shave off the worst impacts of climate change. We can build wealth for the poorest and improve livelihoods. And, by doing this, we mitigate greenhouse gases, as growing trees sequester carbon dioxide; improving soil health captures carbon dioxide and most importantly, changes practices of agriculture and diets reduces emissions of greenhouse gases. This is where the real answer is.

So, we have to invest in the economies of the poor; we have to build their capacities so that they can, not just withstand the next calamity, but indeed overcome the calamity. For this, we must invest in creating ecological assets – from rainwater harvesting to better food systems that are resilient. We must also redefine what we mean by resilience – often high-input agricultural systems are productive, but less resilient. Farmers are more vulnerable to shocks when their debts are high. We need, therefore, to understand the strength of small-holder agricultural systems that are multi-crop, low-input and built for shocks. We must strengthen those and not replace them with ours. The knowledge of the poor is not poor. They are illiterate but very resource literate. Our effort must be to learn and to give.

But at the end, I would like to say with absolute conviction that the poor or the rich cannot ‘adapt’ to increasing temperatures – the scale of the devastation will be enormous and catastrophic. So, even as we build and invest in businesses with a difference, we must take stronger action to curtail greenhouse gas emissions. As yet the world is doing too little, too late. This must change. For all our sakes. Thank you.

Sunita Narain is the Director General, Centre for Science and Environment (India) and Editor of the fortnightly magazine Down To Earth